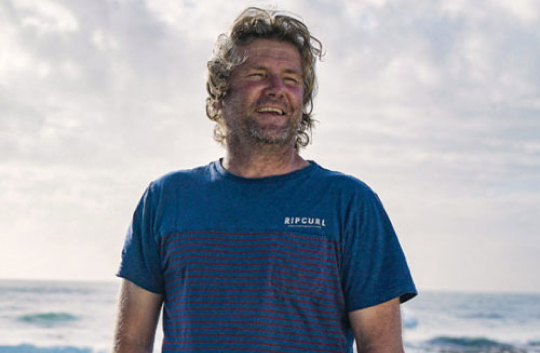 Don’t let this laid-back coastal breeze fool you. Lee can quickly become a hurricane or a lightning bolt that won’t let anything stand in the way of a perfect shot. Drawing on his vast experience in long format TV shows, full features, documentaries, and commercials, Lee has honed the art of capturing human stories and emotions with magical intensity, and with an authenticity seldom seen in advertising.

Lee has extensive experience across many genres, everything he has directed he has also shot, all of this has contributed to Lee being the ultimate story teller. His experience in each genre has made him better in every other genre he has worked in. Commercials have enabled him to craft his shots giving his work a certain slickness, however his documentary and reality TV work have given his work & characters wonderful authenticity. His feature work has given his stories a great arc.

With one Emmy for Prime Time Cinematography under his belt, and nine Emmy nominations, Lee prefers to talk about Liverpool. But it might be worth mentioning a few of his other International unscripted TV credits. These include Head of Camera on Bear Gryll’s Eco Challenge for Prime Video (total 32 cameras) 34 seasons of Survivor with Mark Burnett for CBS, The Amazing Race, American Idols, the Henry Rollins Show live in South Africa, and Profiles from the Front Line for ABC America and Disney Entertainment. He has made numerous documentaries for the History Channel and National Geographic Channel, and shot the ESPN World Cup Football Promo. Most recently he was Creative Director on The Real Housewives of Durban, Showmax’s most successful launch thus far.

Lee has worked in over a hundred countries across the globe & having been embedded with US Special Forces on the Afghani/Pakistani border, Lee is no
stranger to extreme environments and conditions. He knows people, he knows different cultures.

Lee has been DOP on three feature Films, winning the award for Best Cinematographer Feature Films 2009 for Tornado the Kalahari Horse Whisperer at
the Monaco Film Festival. On the other end of the scale, he has directed and shot hundreds of superlative commercials for clients across Africa, the Middle East, and Europe.

Lee is committed to bringing ethics and honesty to an otherwise cut-throat industry. His ability to connect to people with sincerity and integrity, and an unbridled passion to nurture upcoming talent, always inspires stellar performances from his cast and crew, all of this done with breath taking cinematography.